Six months have passed since the wonderful South East Asian experience that got the Cyclopaths together, and we have been inspired to maintain fitness and keep cycling. A number of us have invested in new road bikes, so we felt it was time for another challenge!
Having been so humbled by the generosity of our family, friends, patients and total strangers in raising £42,000 for the Cure Parkinson’s Trust in November, we did not want to raise money this time, and instead did this for our own personal development.
Closer to home this time, but no less daunting, we decided to undertake the Devon Coast to Coast Challenge, a 2 day, 120 mile cycle from Ilfracombe in North Devon to Plymouth on the south coast. 11 of the original Cyclopaths reunited for this trip, and we were joined by a fantastic group of 12 friends and friends-of-friends (the “Cycloextras”!)
We met in the lovely location of the Bovey Castle Hotel (the early arrivals making good use of the pool and spa facilities), and the whole group seemed to bond immediately. A late night briefing from our leader Alison explained the route, likely coffee and lunch stops, and the logistics before an early rise for breakfast. Not quite the rice, noodles and fish-soup we were used to in Vietnam, but the hotel tried hard!
Having expected a 90 minute transfer to our starting point, the two and a half hour journey was a bit of a shock, and left the hardiest of travellers feeling queazy but the fresh sea air and prospect of cycling together again was the best tonic.

With our gleaming new steeds we set off in slightly overcast, but dry conditions, which were far better than forecast, and the first 500 yards sped by effortlessly! We should probably have realised that Ilfracombe, being at sea level, might be lower than the surrounding countryside, but we were left in no doubt by the gradient of the first interminable hill out of town. Steeper than anything we encountered in Vietnam, it was a real challenge, and an indicator of things to come. Undaunted, we all reached the top, and the stunning views of the North Devon country and seaside put a spring back in our steps as we carried on towards the Tarka Trail, a wonderful 180mile cycle track which we were able to follow for 30 miles from Braunton towards Okehampton. 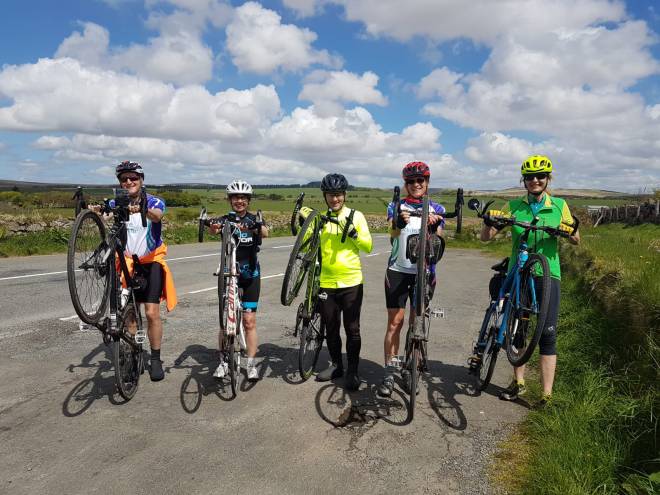 The weather improved and the cycling was fantastic. With such a big group it was inevitable that we’d split into smaller groups but our pledge to make sure nobody cycled alone and our high tech communication via WhatsApp kept us together. We had 75 miles to cover on Day 1 so the pace was relentless, but we still had some time to appreciate the scenery, to chat, and to share the inevitable supply of Jelly Babies for energy.

All was going so well until a nasty accident sent one of our new recruits, a very experienced cyclist, flying to the ground. He had clipped the edge of a pothole on a flat dry stretch of road and couldn’t recover before hitting the ground with such force that he sustained multiple fractures. he was saved by his helmet which took a massive impact, and gave us all a salutary lesson in equipment safety. The kindness of a local resident who witnessed the crash, and the stoicism of our intrepid victim meant that any disruption to the team was kept to a minimum, and he was able to be transported back to the hotel without involving the emergency services. We wish him all the very best for a speedy recovery.
Rather subdued, the rest of the team continued southwards for mile upon mile. A refreshing drink in a remarkable 12th century pub enabled us to prepare for the most gruelling final 10 miles we could have imagined. Numerous steep hills and valleys had to be crossed, but our exhaustion was kept at bay by the prospect of a nice meal, glass of wine and comfortable bed. Everyone slept soundly after the superb meal which was punctuated by birthday greetings to two of our number and thanks to our organiser & inspirational leader, Alison.
Day 2 started in relays as our aching limbs surfaced at different stages of the morning. Wonderful sunshine greeted us as we set off across Dartmoor. The amazing and picturesque moors with open roads snaking off into the distance were wonderful to cycle, (if rather hilly) as we passed the Prison, lovely villages, local residents (mostly ponies & sheep) and intrepid adventurers attempting the annual “10 Tors Challenge” (nobody was quite sure who was madder, us or them…). 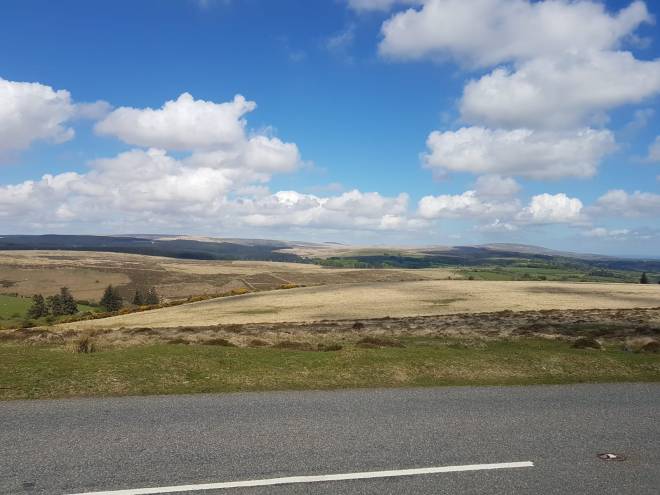 As we passed the radio beacon at the highest point of Dartmoor we rejoiced in the fact that it is pretty much downhill from there to our destination in Plymouth! The pace picked up as we raced towards the sea and the sub-teams encouraged & supported each other throughout. Unfortunately one group came across another cyclist who had fallen and sustained a nasty head injury. They administered first aid and helped her until the emergency services arrived. It was another reminder that cycling can be a dangerous sport, and all of our preparation and safety measures were worth the effort.
Onwards and into Plymouth, we expected the roads to be busier on a sunny May weekend, but were surprised to be surrounded by literally thousands of pirates! As most of them were aged less than 10 we managed to survive unscathed and without being press-ganged onto the high seas. Our trip had coincided with Plymouth’s Pirate Weekend, and to see so many youngsters having so much fun was a fitting way to complete our adventure.
We had made it; Coast to Coast across Devon. A hard but fulfilling weekend and excellent preparation for our next challenge: Lands End to John O’Groats (LEJOG) beckons in the summer. Lots more training required but we are loving the camaraderie and fitness that the Cyclopaths have given us. 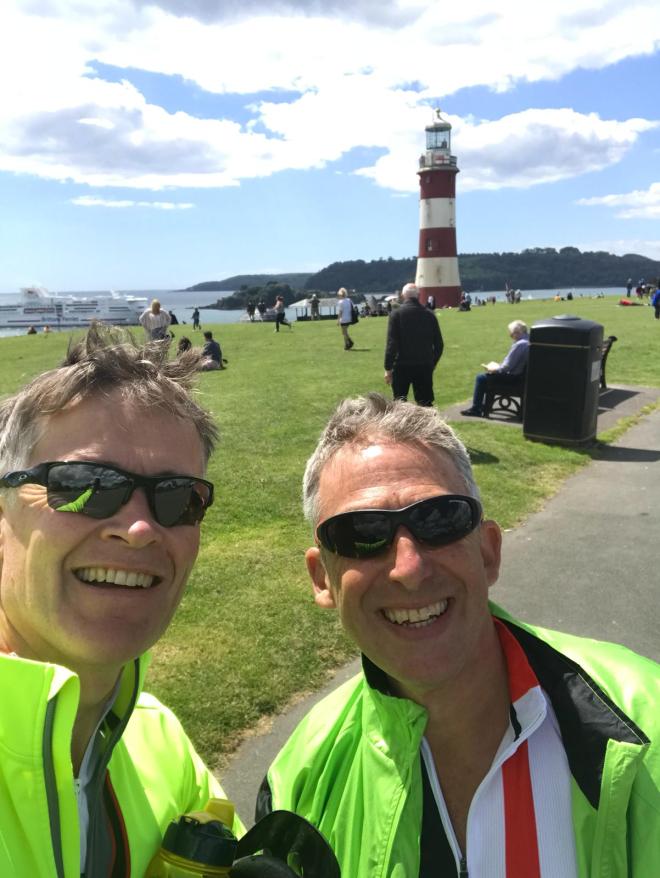 We are all so grateful to Alison for giving us this life-changing opportunity and are so proud that her efforts have also been recognised by the Cure Parkinson’s Trust, who have honoured her by making her their “Fundraiser of the Year 2017”.
We wish our faller all the best for a speedy recovery from his injuries which have now been successfully operated on.