We started the day as two groups and finished as one, meeting many lovely people along the way.

It seems almost incomprehensible but this morning it took Sheena and I almost an hour and a half and 8.45 miles to find our way out of Tiverton. Meet our first lovely person of the day.

The wonderful gentleman who pointed us in the right direction on two occasions only to see us cycling past his kitchen window the wrong way. Coming to our rescue for the third time, he allowed us to follow his car to the start of the elusive Cycle Route 3 out of Tiverton. Not only this, he sponsored us with the message “Now you have managed to leave Tiverton best of luck with the rest of your journey (Don’t forget to add on the extra 8 miles)”. 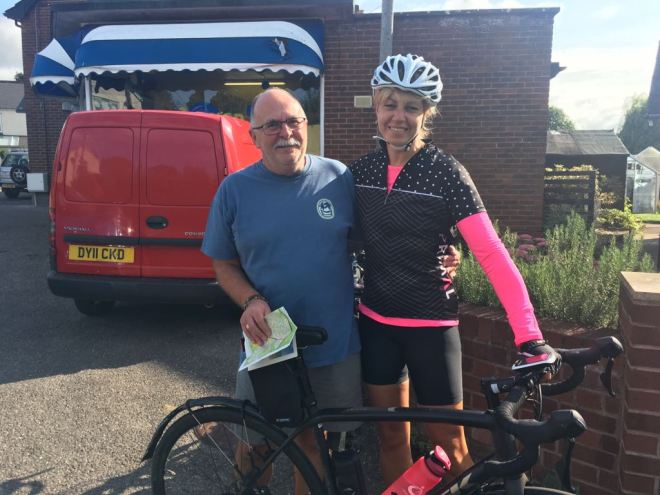 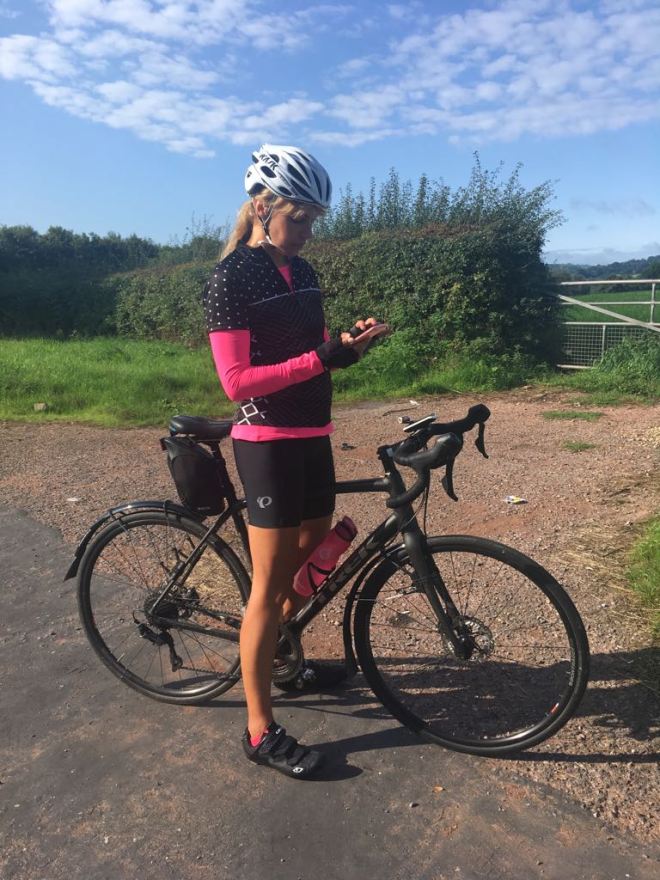 From Powell River, near Vancouver, cycling from John O’Groats to Land’s End alone. We had lunch together, shared our respective stories and learned that Stu’s wife has early onset Parkinson’s Disease. 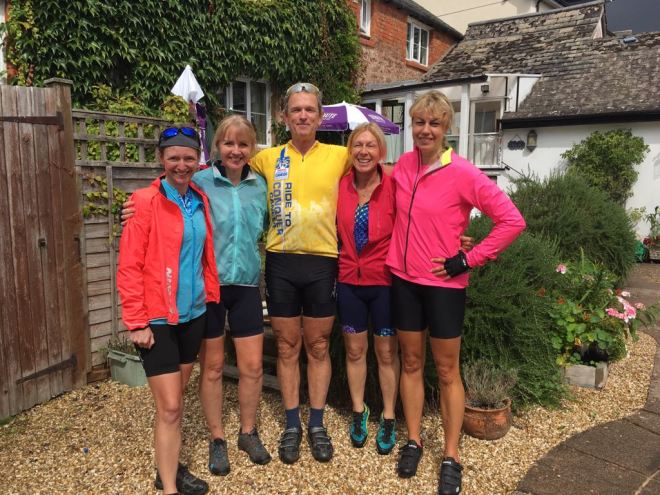 Meanwhile, the other Cyclopaths were cycling hard to catch us up. They also met some lovely people along the way.

Aaron at The Globe Inn

Caroline writes “Devon spat us out with venom today. Out of the hotel we were greeted with one hill after another, 25% descent followed by 25% ascent. Some of us then managed to miss the van at Tiverton but we found a great pub / cafe at Sampford Peverell where the landlord wouldn’t take payment for our coffees when he heard what we were doing, insisting we give the money to The Cure Parkinson’s Trust as his contribution to our fundraising. Thanks Aaron you legend” 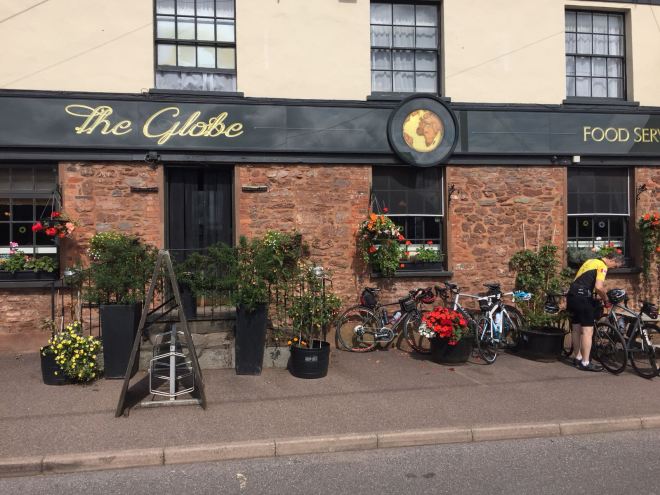 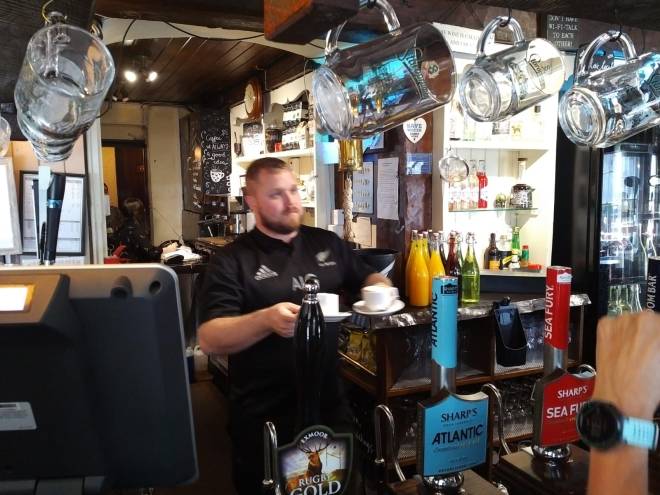 On leaving our respective pubs, the two groups were reunited and travelled the remaining 50 extremely windy miles together, arriving in Weston-Super-Mare just in time for dinner. 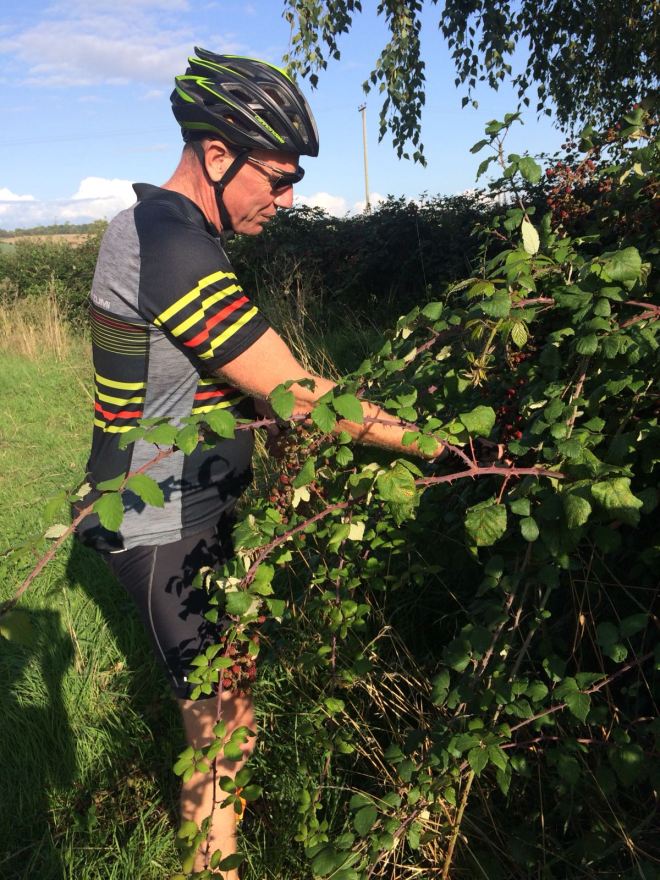 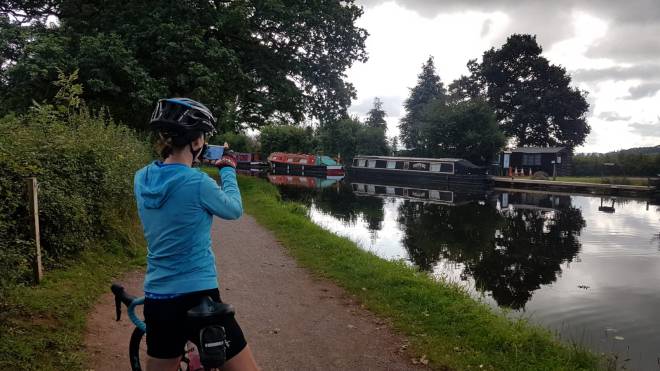 Finally, a thanks to the lovely man at Timpsons who repaired Paula’s phone first thing in the morning. 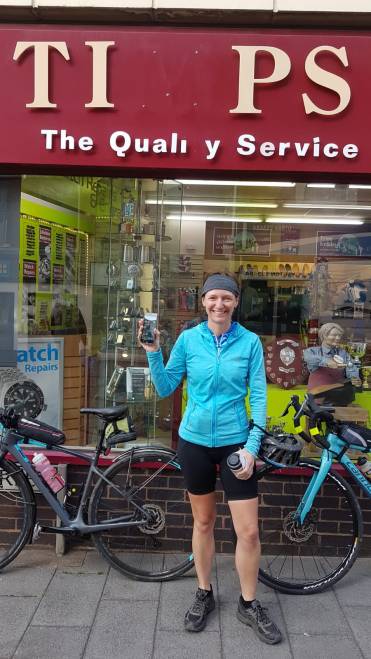 3 thoughts on “The People We Met Along The Way”