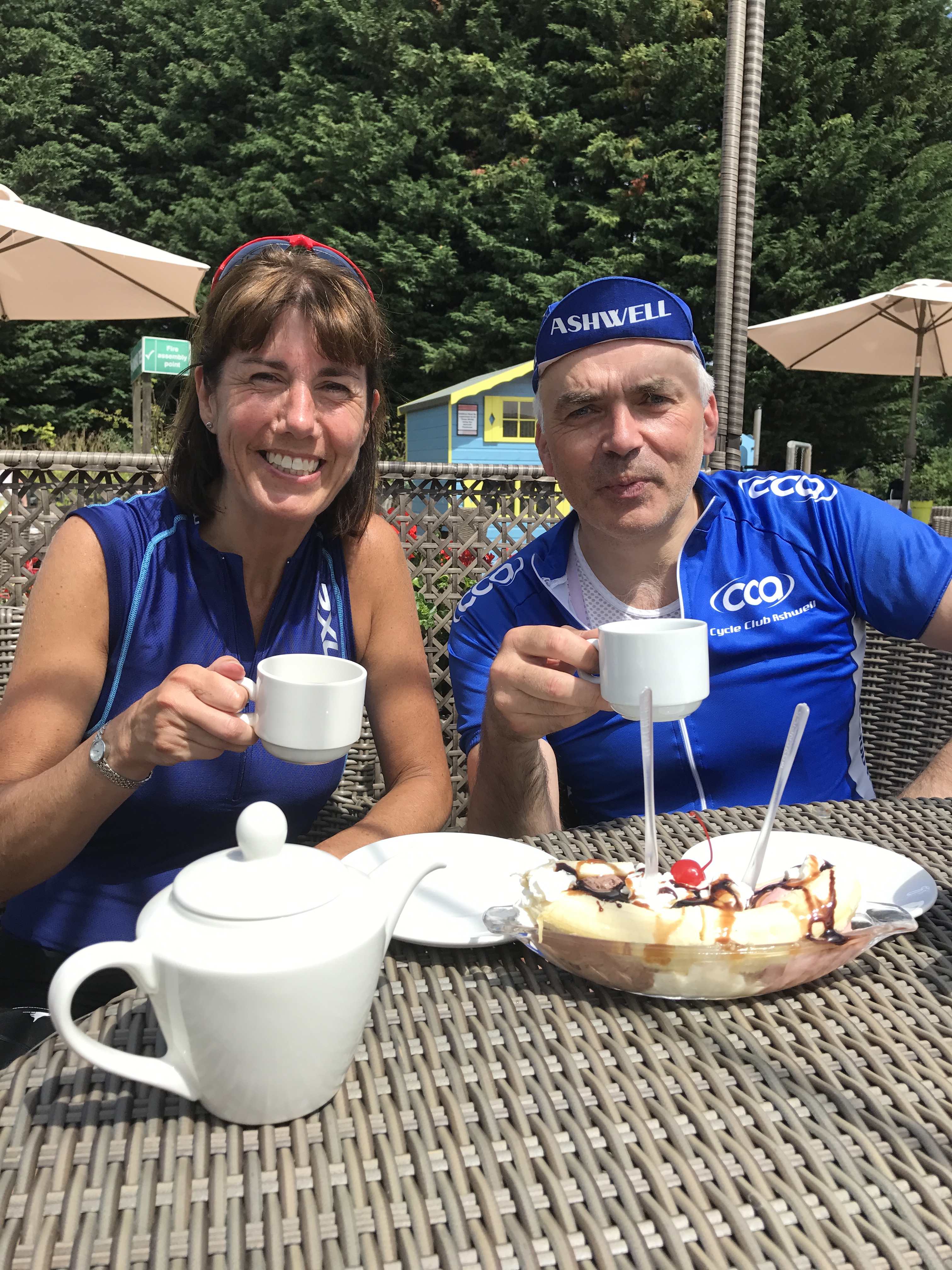 Pete and I joined the LEJOG Cyclopaths for 1 day and what a day! We departed from Kendal in the pouring rain and the group was quickly split up after some confusion over which side of the river to follow. I ended up in the front group, which Marianne described as the ‘mountain goats’. The first 10 miles were brutal – I growled and swore up the inclines and imagined the stunning scenery that was surely there, somewhere behind the clouds. It was still raining. We passed a farm with some furiously barking sheepdogs, which roughly translated to ‘what on earth are you mad humans doing?’ My calves started to cramp and Nigel (hero no. 1) nursed me up to Shap, despite the pain he was obviously in himself. It was still raining. We could get up some speed now and I hung onto Marianne’s back wheel like my life depended on it for the next 10 miles, until we stopped for a snack under some trees. Nigel and Hiro joined us. As we set off again my sodden shorts got stuck under my saddle and the next thing I knew I was on the floor! I looked up to see Hiro (hero no. 2), a vision of yellow, standing over me. With divine like strength he lifted the bike off me. He did some remedial repairs to my mis-shapen handlebars and off we went again. It was still raining. After another 10 miles we reached an oasis called Sainsburys – onlookers stared in disbelief as we sat shaking and stuffing hot food into our frozen bodies. This was fun! Marianne (hero no. 3) gave me some dry clothes to put on and we set off again. Unbelievably the group got split up at the first set of traffic lights! That’s probably because it was still raining. So, as a group of five, we forged on to Carlisle. This was where Pete and I left the Cyclopaths – to continue their epic journey to Scotland – what a wonderful and truly selfless and inspirational group of people they are. They are all heroes.

2 thoughts on “Kendal to Carlise Revisited”